This past week the road that I travel several times a day was the scene of a devastating accident that left 3 people dead and sent 3 others to the hospital with serious injuries. Here’s how the San Marcos Record described the crash.

“Authorities said a brown Dodge pickup was traveling westbound around 11 a.m. when, according to witnesses, it passed in a “no passing” zone and hit a eastbound Toyota Camry in the Camry’s lane.”

The wreck happened on Ranch Road 12 between Wimberley and San Marcos, Texas. The speed limit is 60 MPH on the 2 lane stretch of road that may or may not have a shoulder or center turn lane. There is roughly 10 miles where passing is prohibited (but being able to pass in the one  legal place can be difficult). Sections of the roadway have been and are under construction for several years as the state and county work to widen the road. Plans are being developed that would eventually make it a divided 4 lane roadway but that’s years and millions of dollars away.

RR 12 could be any road. It could be the road you use to get to and from the places you need to go. As you go to and fro I’m sure you’ve had the privilege of being stuck behind a slow moving car. Nothing is more frustrating than being close to home, with a child crying that they need to “potty” and being behind a car that thinks going 45 is fast enough.

In reality we all need to slow down, I include myself in that. Look I get it, we’re all in a hurry and until someone invents teleportation nothing will be fast enough (but when we can teleport we’ll still find some reason to complain about why it isn’t convenient enough).

Here’s where my frustration comes in. Speeding in this area (and I’d argue most)  doesn’t really save you a significant amount of time.

To keep the math simple I’ll use 10 miles as the distance and the RR12 speed limit of 60MPH. How long does it take to go the 10 miles? You guessed it, 10 minutes.

I hear you, “ain’t nobody got time for that.” Your time is important. Time is money. So you want save 3 minutes and 20 seconds? You’ll have to drive 90 MPH. Anyone who has ever driven RR12 will know that that really isn’t feasible, besides there’s always the off chance the Sheriff’s Office will be patrolling and you’d lose your precious 200 seconds getting a ticket.

How many times when you’ve been driving on your regular commute has someone zipped past you only to end up stopped next to you at a light? But you may ask how much of your time is being wasted by that “Sunday” driver.

Lets look at Ranch Road 12 again. If you were stuck behind a big rig moving a house that was crawling along at 40 MPH it would take you 5 extra minutes to go those 10 miles.

Here’s the break down. 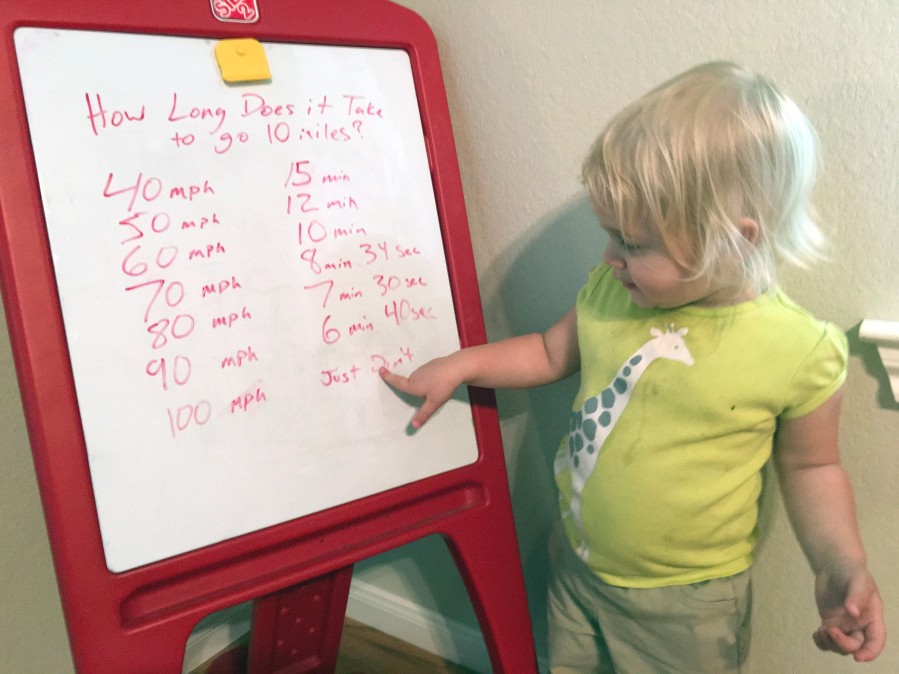 How long does it take you go 10 miles?

Not counting construction or road closures I’ve never averaged 40 on this stretch of road and even if I did I would have only gotten 5 extra minutes to enjoy the scenery. Normally the cars I see “going slow” are doing about 50. At that speed we’re talking 2 minutes. You’ll spend 2 minutes waiting at the red light you got to a little faster.

So in other words stop speeding I love my kids.